As a promotional activity, Microsoft has announced a lot of discounts and deals to improve their sales graph attracting more and more customers to buy their latest windows phones at a low price.

One of the biggest windows phones discounts would be for the unlocked version of the Alcatel IDOL 4S. The list price of this marvelous looking smartphone is $477. Now, the windows phone is being offered at about $199. Thus, aspirant buyers can save approximately $271, which is more than half of the price, and can get flat 60% off on the list price.
The Alcatel IDOL 4S is a Windows 10 based phone with an inbuilt memory of 64 GB and expandable to 128 GB, a 5.5-inch full HD display and 21-megapixel low-light camera for fantastic photography during the night as well. Thus, aspirants can grab the opportunity to save big.

Microsoft’s Lumia 535 is another fantastic windows phone that is available at discounted price. The list price of this phone is about $165, and the offer cuts down the price to $133 that avails around 22% of discount on the list price. It has a 5-inch LCD phone with dual cameras of 5 megapixels each. It operates on Windows Phone 8.1 and has an internal storage of 8 GB and 1 GB RAM. Thus, this would also be a great deal for the best-in-class mid-range smartphone.

The Nokia Lumia 1320 Black is available through popular online stores at a discount of about 61%. The list price of this windows phone is about $425, and Windows Phone discounts would pull down the price to about $167 only. Thus, aspirant buyers can avail huge discounts on this model as well. It has a 6-inch screen, 1 GB RAM, 8 GB internal memory, dual-core processor, 5-megapixel rear and 2-megapixel front camera, and 3400 mAh battery capacity. Thus, this would also be worth the buy. 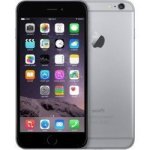 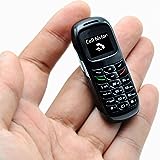 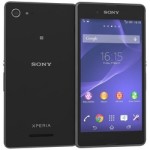